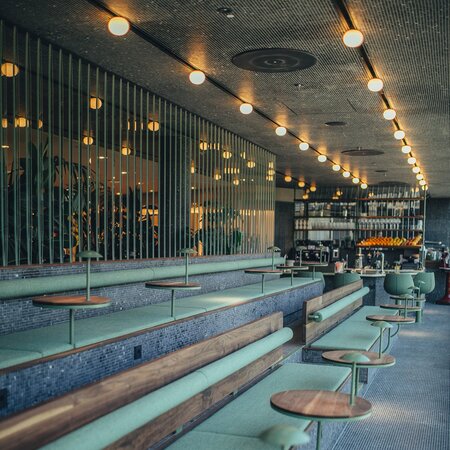 Bars and restaurants in all three stores of The KaDeWe Group (Alsterhaus in Hamburg, KaDeWe in Berlin and Oberpollinger in Munich) could open again after more than seven months of lockdown.

Alsterhaus and KaDeWe started and opened its bars and restaurants last week’s Friday, June 4th. Oberpollinger followed this week on Monday, June 7th by opening all bars and restaurants. The current event at KaDeWe is themed ‘Transparency Food Space’, presenting sustainable and local brands and products. It will run until June 12th. Fair trade, less waste and local shopping, packaging made from recycled materials or that is reusable or supporting local companies to avoid long transport are nowadays important topics. Many brands are to be discovered, only to name a few: chocolate from MIA, coffee from Emi et Lou and mustard from the Klosterfelder Senfmühle.