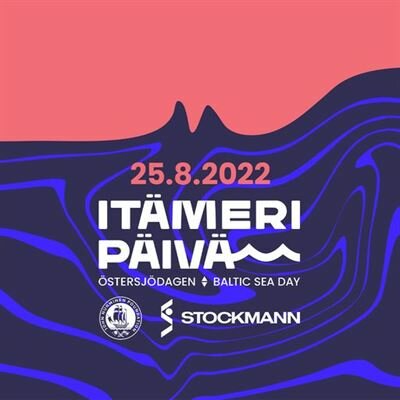 Stockmann has selected the Baltic Sea and the John Nurminen Foundation as significant charity recipients in honour of its 160th anniversary. Stockmann's region of operation surrounds the Baltic Sea - its eight department stores and online store serve customers in Finland, Estonia and Latvia. The campaign year will culminate on 25 August when Baltic Sea Day will be celebrated. Protection of the Baltic Sea is related to Stockmann's goals to mitigate climate change and promote the preservation of biodiversity. The mission of Stockmann's partner the John Nurminen Foundation is to save the Baltic Sea with projects that improve the condition of the Baltic Sea by reducing the loading and environmental risks, such as eutrophication and biodiversity loss, which affect the sea. The projects are often international and significant also on the national level, they have an impact on an extensive area and the measures can also result in an immediate significant improvement of the Baltic Sea's condition. Their focus area is to reduce the phosphorus load in the Baltic Sea, for example, by improving wastewater purification, by reducing the loading from forest and farmland by reducing or developing sustainable fishing and by raising awareness of a Baltic Sea-friendly diet.

Stockmann has developed its sustainability work on a long-term basis and actively monitors the impacts of its operations. As part of this process, Stockmann has been calculating its carbon footprint for ten years and has been aiming to reduce its carbon dioxide emissions in a goal-oriented way by selecting more responsible materials for its selections, by seeking environmentally friendly solutions for its deliveries and improving energy efficiency, by reducing the use of packaging materials and by promoting the circular economy.

In the development of its sustainability work, Stockmann is now determining its science-based climate targets in line with the SBTi criteria. The initiative to curb carbon dioxide emissions is also related to the charity cooperation with the John Nurminen Foundation and the support for the important work carried out by the Foundation to save the Baltic Sea.

Stockmann's campaign period will run from 15 August to 11 September 2022:

- Every time the MyStockmann app is downloaded, Stockmann will donate €0.20 to the John Nurminen Foundation.

- Customers can donate an amount of their choice directly to the John Nurminen Foundation at cash desks at the Stockmann department stores or in the online store.

Stockmann's anniversary fundraising appeal to save the Baltic Sea will continue until the end of 2022.