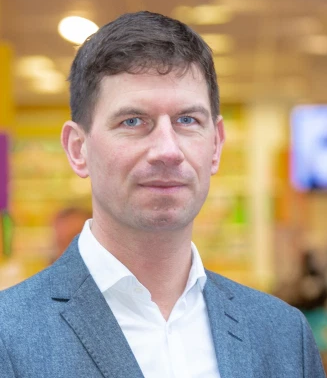 After the recent consolidation of its corporate structure and the consequent capital strengthening, Coin also completes the composition of its managerial team. The appointment of Roland Armbruster as CEO of Coin SpA is especially relevant in the current social and economic context. Roland Armbruster brings in his international and global vision, thanks to a vast experience gained in the world of retail. A seasoned German retail executive, he kicked off his career in consultancy before joining international retail companies where he contributed to the improvement of processes as well as of economic and financial results, such as Breuninger, Karstadt, The KaDeWe Group and most recently Intertoys, where he was CEO.

Coin manages 40 directly operated department stores in Italy and 100 stores under the Coincasa banner in the country and abroad, as well as three Coin Excelsior units in Milan, Rome and Trieste. In March 2018, Coin SpA was fully acquired by Centenary SpA, a new company formed by Coin’s management team and other investors. Liu Jo, fashion company, acquired a 15% minority interest in Coin through his Eccellenze Italiane holding last November.

Join us in welcoming Roland to IGDS and grant him all our support.