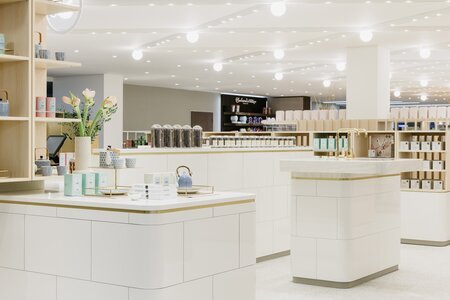 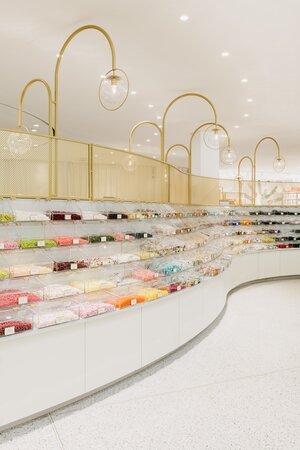 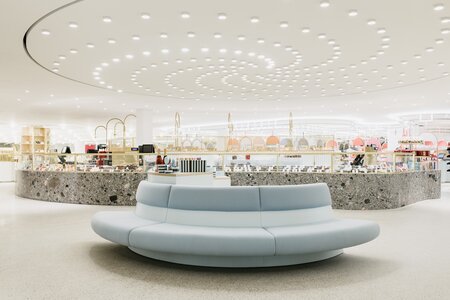 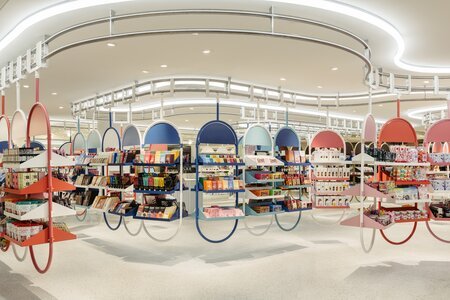 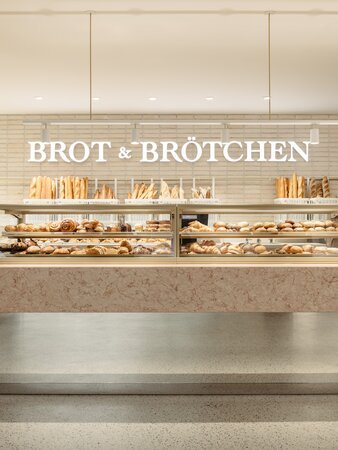 The celebrations for the re-opening of KaDeWe’s food hall were on a grand scale. The department on the sixth floor (6TE - locally known as ‘Die Sechste’) is gradually being remodelled by the Karhardt design studio to include such attractions as a wine bar, confectionery, candy counter, Lenôtre French pastry shop and Daluma, the perfect place for healthy food of any kind. At the same time, legendary restaurants such as ‘Kartoffelacker’ will remain.

Gold and brass detail, terrazzo floors made from Berlin river sand and black brick walls make for a modern design with a local touch. The new bars and restaurants can now also be reached after closing time at 8 p.m. via a night elevator on Wittenbergsplatz.

At the end of last year, KaDeWe Berlin presented the first redesigned boutiques by Chanel, Louis Vuitton and Dior, which now offer a selection of ready-to-wear in addition to accessories and bags. Rolex was the first watch manufacturer to open a shop on Luxury Boulevard.