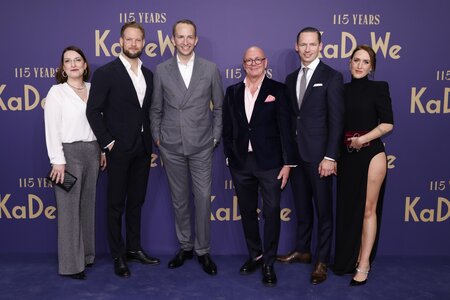 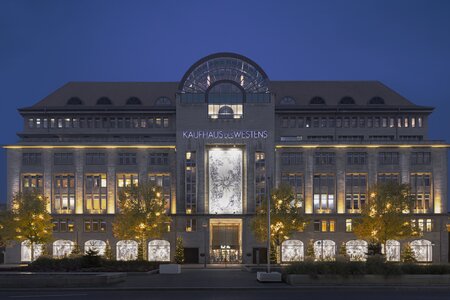 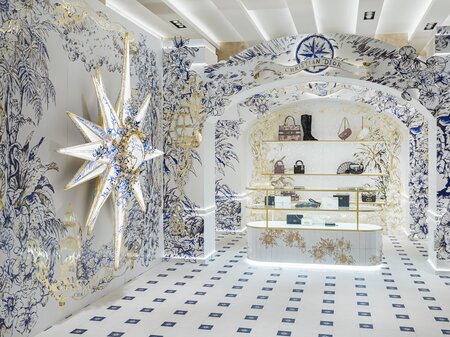 With an imposing Grand Opening party on 17 November 2022, KaDeWe celebrated its 115th anniversary and the reopening of the store’s successfully remodelled areas during the night. More than 2,000 guests celebrated at the exclusive party, which was attended by top-class personalities such as Anna Maria Mühe, Riccardo Simonetti, Palina Rojinski, Alexandra Neldel, Petra van Bremen, Kim Fisher, Hadnet Tesfai and the ‘who is who’ of Berlin’s fashion, lifestyle, business and culture scene as well as business partners and friends of the house. During the night of its birthday, KaDeWe was the hottest club in the city: Until the early hours of the morning the guests celebrated on three floors and danced exuberantly to the sounds of No Frills, actor and DJ Lars Eidinger, as well as influencer Caro Daur. For the celebration, a birthday cake befitting its status was presented: The 6-story masterpiece with 2m length, 1m width and 2.20m height as well as a reproduction of the KaDeWe’s new, architectural escalator as the central element, was made in the company's own confectionery. The cake was presented and distributed to the guests by KaDeWe Group-CEO André Maeder and the General Manager of KaDeWe Timo Weber, together with Riccardo Simonetti and Palina Rojinski. For the Grand Opening, luxury brand DIOR designed the shop windows of KaDeWe with an exquisite scenery and opened an exclusive pop-up store on 270 m² featuring various accessories and bags from the Dior Cruise 2023 collection. It is located in the KaDeWe’s Women's Designer Department.