The KaDeWe Group's Branding of the Vienna Store 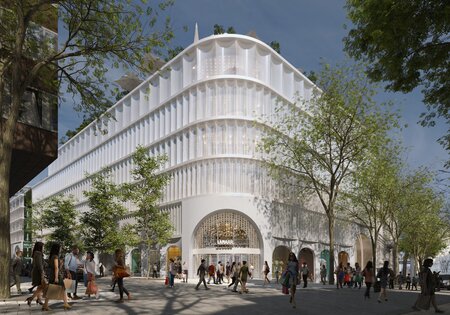 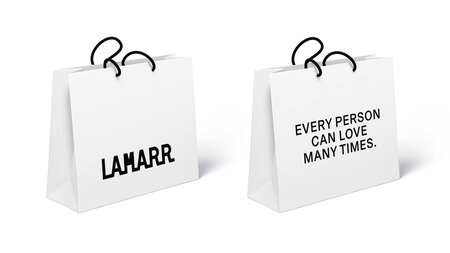 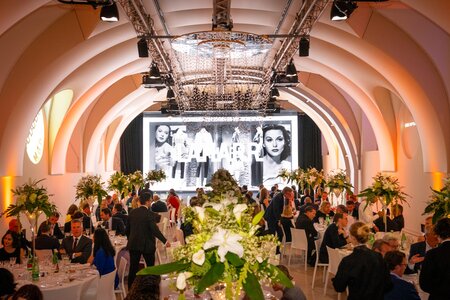 LAMARR in Vienna’s Mariahilfer Straße 10–18 is set to become the fifth luxury department store of the KaDeWe Group alongside KaDeWe (Berlin), Alsterhaus (Hamburg), Oberpollinger (Munich) and Carsch Haus (Düsseldorf). It is named after Hedy Lamarr, the famous 20th  century Hollywood icon. Born in Vienna, she embarked on a world career as an actress in the middle of the last century. High-profile guests from the worlds of fashion and lifestyle as well as business partners congregated to celebrate the new member of the KaDeWe Group at an impressive gala night in the Viennese Museums Quartier. André Maeder, CEO of the KaDeWe Group said ‘Hedy Lamarr is simply an icon to us. She was a world star, impressively intelligent, glamorous, and international. She was a highly innovative inventor, responsible for, for example, the frequency-hopping process that she patented and that is the basis of pioneering technologies such as mobile communications, Wi-Fi and Bluetooth. Her many facets make Hedy Lamarr a pioneer of the modern generation, as she perfectly connects the 20th century with the present and the future. The LAMARR celebrates life. The new 20,000m2 department store combines a sense of tradition with a modern attitude to life. On eight floors, local and international brands from the fashion, accessories, home & living and food sectors will present their variety of ranges, complemented by a strong service component, including medical services and a spa area as well as a variety of events and art exhibitions. Leading international brands such as Louis Vuitton, Gucci, Prada and Bottega Veneta are included among the partners in Vienna. There will be also brands that are characteristic of Vienna and Austria. The opening of the store is planned for autumn of 2024. The internationally highly regarded architecture firm O.M.A. was commissioned with the realization of Vienna store. Visitors will be able to engage with Hedy’s life and work in a relaxed atmosphere in the specially designed Museum Café on the fifth floor.