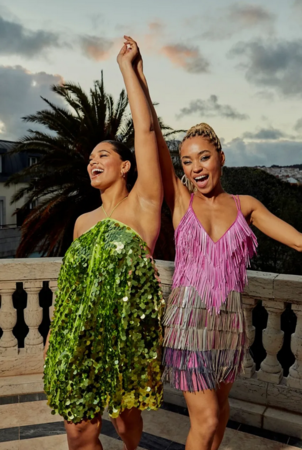 Nordstrom has scaled up its partnership with the trendy British fashion brand Asos. Ten Nordstrom doors, including The Grove in Los Angeles and the Manhattan 57th Street women’s flagship and neighbouring men’s store, have begun to sell the Asos collection and the offering on nordstrom.com has been vastly expanded. Effective Friday, Nordstrom introduced more than 650 styles, with most products priced under $100. Sizing is inclusive, ranging from 00 to 26. The strategy is a concerted bid to attract new customers, specifically twentysomethings, with trendy and edgier fashion. Last July, Nordstrom bought a minority stake in Topshop, Topman, Miss Selfridge and HIIT brands owned by Asos, which acquired those brands from the former Arcadia Brands. The collaboration with Nordstrom marks the first time Asos will be sold in a brick-and-mortar store environment. At The Grove in Los Angeles, a two-story, 20,000 sq ft (1,860m2) Asos/Nordstrom store has opened designed specifically to engage twentysomething customers with Asos and other brands, including Levi’s, WAYF and Nike.