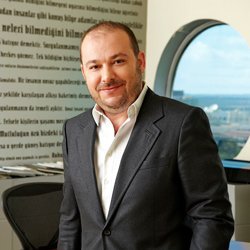 Eren Çamurdan has become the new CEO of Boyner Department Stores, one of the group companies of Boyner Group which is Turkey’s largest retail group except for other than food and electronics industries. Having joined the Boyner Group family 20 years ago through Altınyıldız, Eren Çamurdan became the founding General Manager of AY Marka Mağazacılık in 2008. Having successfully managed the brands such as Network, Que and Divarese within AY Marka Mağazacılık for more than 10 years, Mr Eren Çamurdan was appointed as the CEO of Boyner Department Stores as of February 2019. Boyner Department Stores operates 115 stores in 38 provinces of Turkey, up to 300.000m2 of sales area and with boyner.com.tr, which accesses all the people in the country.

Join us in welcoming Eren to IGDS and we wish him all success in his new role.