‘Celebrate Yourself!’ in The KaDeWe Group 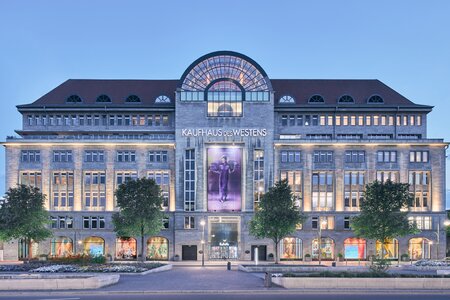 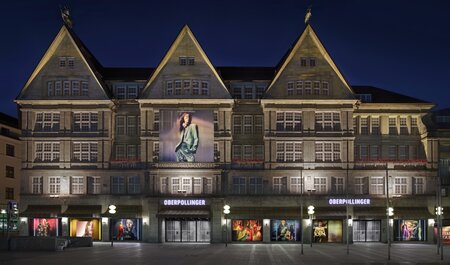 With ‘Celebrate Yourself’ in Alsterhaus, KaDeWe and Oberpollinger, the KaDeWe Group presents the new leitmotif for the autumn/winter season 2022 and invites all guests of the luxury department stores to put themselves in the foreground with all individual facets and to celebrate themselves. ‘Celebrate Yourself works on different levels as a strong statement with international power’ said André Maeder, CEO of The KaDeWe Group. ‘First and foremost, we´re celebrating our community, our customers and guests. Each one of us has extraordinary and unique moments – large and small – in our lives and we`re inviting everyone to celebrate these moments in a multifaceted way and with full joy for life.’ Elizaveta Porodina, one of the world's top photographers with references from Vogue, Dior and Hermès, among others, has photographed ‘Celebrate Yourself’ together with an international top-level team and top models in Paris. Victoire Simmoney is responsible for styling, Afra Zamara for the elaborate set design and Ana Takahashi for hair & makeup.

The campaign, which comprises 24 motifs, is divided into the four chapters ‘Dance Yourself’, ‘Wow Yourself’, ‘Love Yourself’ & ‘Dream Yourself’, each of which tells its own story. The campaign with its 360° approach can now be seen on all digital channels of the three department stores of The KaDeWe Group, as well as in-store and in the shop windows. Using different presentation techniques, the special photographs of Elizaveta Porodina are highlighted, and image and products are symbiotically connected. Multi-layer images in the windows create a depth, which is filled with LED light accents and digital, vivid video content - the mannequins present themselves confidently and bold. Designer brands for women and men shown in the campaign include Gucci, Cecilie Bahnsen, Khaite, The Attico, Dries van Noten, Issey Miyake, Maison Margiela, Helmut Lang, Alexander McQueen, Givenchy, Ann Demeulemeester, Rick Owens and Marni.