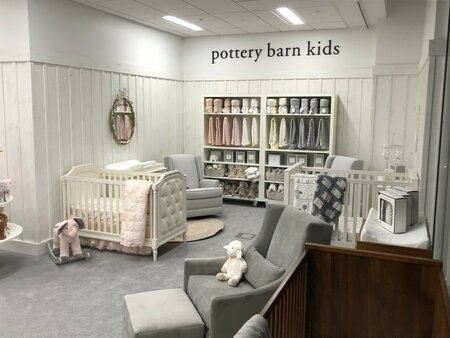 Ballantynes have opened their stunning new retail space with 2,800m2 of wow factor! The redevelopment has been inspired by the latest in European retail design concepts and incorporates its very own pièce de résistance: a huge three-story, light filled atrium at the intersection of the old and the new which, on street level, will incorporate ‘Kin’, Ballantynes very own Deli/Café/Wine bar.

To add to the excitement of the new building, Ballantynes recently announced that they have secured three ‘exclusive to New Zealand’ brands: Pottery Barn, Pottery Barn Kids and West Elm. The partnership will see three concept stores open in Ballantynes stores in Christchurch and Timaru, with the curated range becoming available on the Ballantynes website for customers in other regions. The façade references the current Sir Miles Warren design with the white panels, expressed joints and long strip windows that are synonymous with Ballantynes.