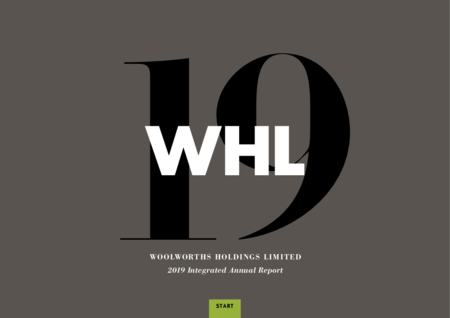 Woolworths Holding's 2019 Integrated Annual Report show that challenging economic and trading conditions in both South Africa and Australia continued to weigh on Group results. In South Africa, a steady improvement in Woolworths' fashion business was experienced throughout the second half of the year. In Australia, David Jones experienced peak disruption from the refurbishment of the company’s flagship Sydney store, impacting their sales by approximately 3.0% in the second half of the year. An impairment charge of AU$437.4mn (net of deferred tax) was recognised at 30 June 2019, reducing the valuation of David Jones to approximately A$965mn. A strategic review of the David Jones store portfolio also identified stores with onerous leases, resulting in an additional provision of AU$22.4mn. The impairment reflects the economic headwinds and the accelerating structural changes affecting the Australian retail sector as well as the performance of the business, which has fallen short of expectations.