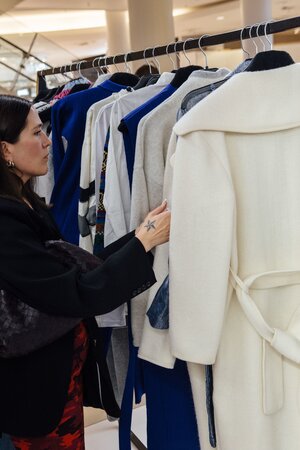 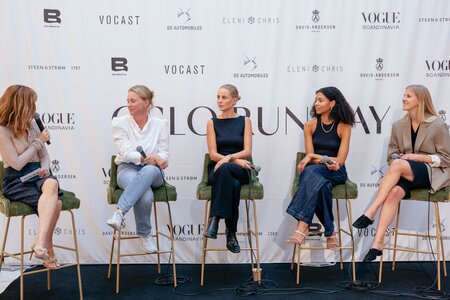 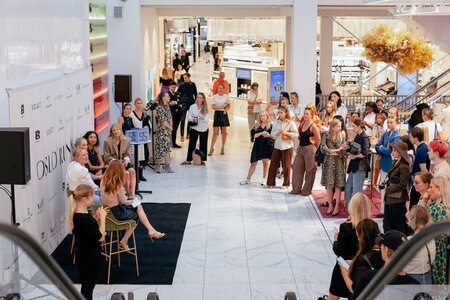 Steen & Strøm continued to break record monthly sales and increased its footfall levels by 13.6% compared to 2019, was the headline partner with Oslo Runway, and hosted several elements of this year’s Oslo Runway program. Steen & Strøm, celebrating its 225th year, making it the world’s oldest and longest trading department store, prepared a series of events aiming to inspire and boost cutting-edge Norwegian brands, including an innovative pop-up event in collaboration with ESP and Fretex Arkivet.

A Pop-Up Innovative concept with ESP and Fretex Arkivet

ESP is well known in Norway for making locally produced on-demand wool outerwear inspired by archives at the 70-year-old outerwear factory she took over in 2015. Every purchase at Fretex Arkivet, contributes to the Salvation Army's social work to help those at risk of exclusion and low-income families.

Steen & Strøm was also part of the opening talks that reflected the aim of Promenaden Fashion District in attracting more local and international brands while focusing on sustainability and making Oslo a top retail destination with current and future luxury openings. It recently opened Dior’s ‘first Nordics’ boutique, which now sits together on Nedre Slottsgatte, (main street of Promenaden Fashion District) with premier international brands like Bottega Veneta, Louis Vuitton and Saint Laurent.

Steen & Strøm hosted its major night event at the department store - Oslo Runway by Night x Vogue Scandinavia, a panel about circularity and responsibility in the industry and how Norwegian brands can help drive the sustainability agenda. The panel introduced by Kaia Kongsli, Steen & Strøm’s Head of Marketing was moderated by Martina Bonnier, Vogue Scandinavia’s Editor. Under the title ‘Let’s Talk Conscious Consumption’ and invited Norwegian celebrities that are reshaping Oslo’s Fashion scene.