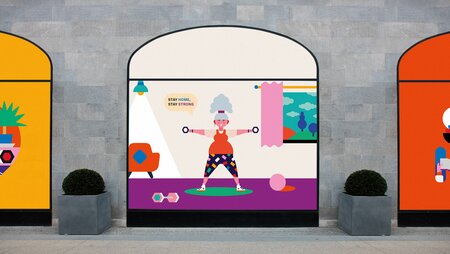 Due to the coronavirus, The KaDeWe Group had to close mid-March all stores (Alsterhaus in Hamburg, KaDeWe in Berlin and Oberpollinger in Munich).

Inspired by the #stayhomestaystrong campaign from its sister company – Rinascente –the KaDeWe Group created a special campaign called #stayhome#staysafe to how social responsibility not only on all social media channels and websites but also as window takeovers at every store. The illustrations for the campaign are from the artist Daniel Ramirez Perez.